Prepare for the hottest rock tour this 2022 because, for the first time, legendary band Alice in Chains and the iconic Breaking Benjamin will embark on a co-headlining tour this summer. These two rock bands who ruled the ‘90s and 2000s will travel across the U.S. on a 30-city trek, with special guest Bush! And there’s excellent news for rock fans in Albuquerque, New Mexico, because the tour will be stopping at Isleta Amphitheater on Sunday 11th September 2022! That’s right! Get ready for the most incredible night of your life by scoring tickets now to see these fantastic bands light up the stage! 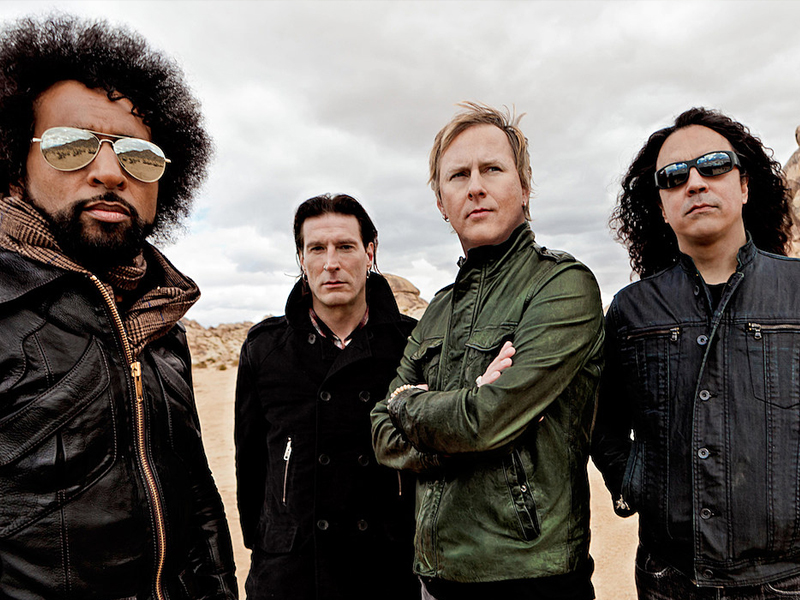 Alice in Chains had been rocking in the music industry for over three decades. The band has received numerous accolades and has sold over 30 million records. This upcoming tour with Breaking Benjamin is the band’s first tour in nearly three years. Fans can expect the band to perform their hits from their iconic albums, such as Dirt and Facelifts. The band will also be performing fan favorites from their six-album-strong discography. In 2020, the band was honored by the Museum of Pop’s annual Founders Award. The celebration included an acoustic performance from Alice in Chains. The footage was streamed worldwide and had over 1 million views.

“We’re looking forward to finally hitting the road again this summer. It’s been too long, and we can’t wait to get outdoors and share a night of music with our fans again,” Alice in Chains drummer Sean Kinney said in a statement. Alice in Chains will co-headline this massive summer tour with Breaking Benjamin, who recently wrapped a successful 2021 tour. The band’s most recent album, Ember, reached number 1 on several Billboard charts, such as US Top Alternative Albums, US Top Rock Albums, US Top Hard Rock Albums, and US Digital Albums. When asked how the band feels about the tour, Breaking Benjamin frontman Ben Burnley says, “We are so extremely excited to be hitting the road with Alice In Chains and Bush. It’s such an honor to share the stage with such amazing bands that we grew up listening to and have influenced us so very much! We can’t wait to see you all out there!”

Hard rock fans better hurry because this show is going to be an epic night. Islet Amphitheatre is predicted to be jam-packed, so get your tickets now to see Alice in Chains, Breaking Benjamin, and Bush at the Isleta Amphitheatre on Sunday 11th September 2022!