Alright Albuquerque, New Mexico are you ready for Dave Matthews Band? Coming to Isleta Amphitheater on Wednesday September 16th 2020! This Grammy Award Winning Band are well known for their epic live shows, even if you have been to one before, its guaranteed to be different, as they are the ultimate Jam band, always playing their songs differently at every concert! Buy your tickets right here, right now and you are gonna have a great night out with DMB! 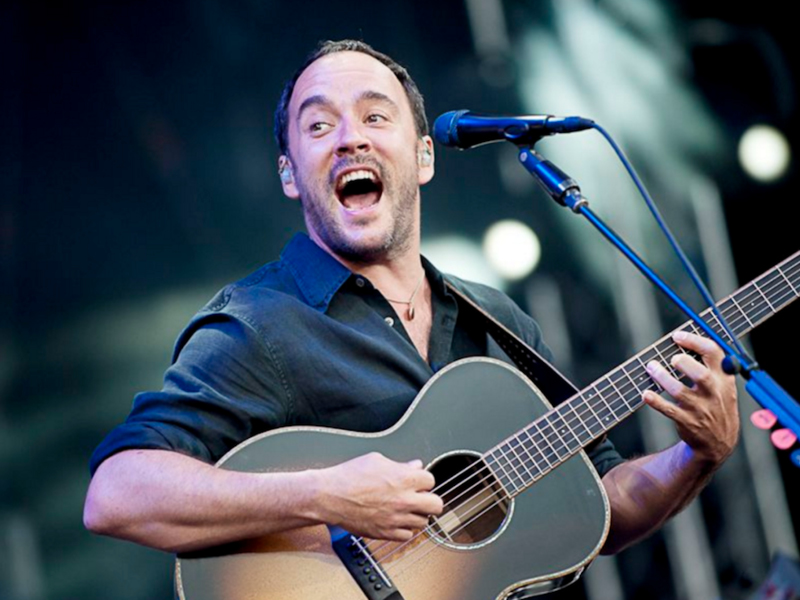 Dave Matthews Band are singer-songwriter and guitarist Dave Matthews, bassist Stefan Lessard, drummer and backing vocalist Carter Beauford, lead guitarist Tim Reynolds, trumpet player Rashawn Ross, saxophonist Jeff Coffin and keyboardist Buddy Strong. The band formed in Charlottesville, Virginia in 1991, the early 90’s consisted of the band mostly playing fraternities, the band kept touring and its fan base continued to grow. By allowing fans to tape shows for their personal use, DMB created a highly interactive community that continues to this day, the band cites college students trading these tapes in the early 1990s as a key reason for their current fame. It wasn’t until their 1994 major label debut album, Under the Table and Dreaming, brought the band worldwide fame and was eventually certified six times platinum. The band won the 1996 Grammy Award for Best Rock Vocal Performance, they have nine studio albums and their 2018 album, Come Tomorrow, debuted at #1 on the Billboard 200, making DMB the first band to have seven consecutive studio albums debut at the #1 spot.

Dave Matthews Band was named a UN Environment Goodwill Ambassador in 2019 and will be neutralizing the biggest contributor to a concert’s carbon footprint – fan travel, in addition to the band’s footprint. The band has a long history of reducing their environmental footprint and neutralizing tour carbon emissions from flights, busses and trucks, hotel stays and venue energy use going back to their first shows in 1991.