Between them, Incubus and 311 were the soundtrack to a lot of people's lives throughout the late-1990s and early-2000s… Both bands have stood the test of time with their alt-rock, which has morphed and shifted over the years, taking influence from a vast array of different genres, but always remaining fresh! The two groups are now hitting the road on tour together for the first time in over 20 years, and their co-headlining tour comes to Isleta Amphitheater on Wednesday 22nd July 2020! Badflower, who are also making waves in the alt-rock scene, will be the show's support act! 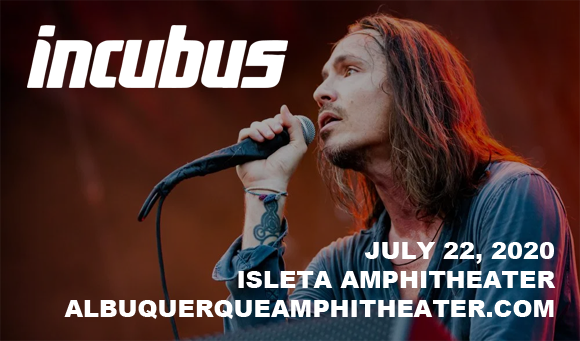 There are few bands that have forged their own musical path in quite the saem way as Incubus. Though often falling under the umbrella of "alt-rock," or "alt-metal," the group's musical arc has encompassed such a broad variety of genres over the years that it can't be pigeonholed into any one sound. Formed in 1991, in Calabasas, California, the band began as a funk metal outfit that was inspired by bands such as Primus, the Red Hot Chili Peppers and Mr Bungle, and those influences could be clearly heard in their earlier work (1995's self-released album Fungus Amongus, and their major-label debut S.C.I.E.N.C.E. (1997)). On their 1999 breakthrough album, Make Yourself, the sounds of hip hop, jazz, nu-metal and pop made an appearance and marked them as a more nuanced band than many of their peers. This contrast of heaviness, delicacy and groove was enhanced even further with 2001's Morning View, and later albums have retained this mixture of styles and the band's aptitude for experimentation. Over the years, this willingness to expend has been reflected in the band's popularity, with their last five albums all hitting the top 10 of the Billboard 200 – managing to cross over into the mainstream without losing any sense of individuality.