As the summer comes crashing to an end, fear not, for the Knotfest Roadshow continues it chaotic crawl, and the mayhem ensues for a third leg this fall. The Knotfest Roadshow comes to Isleta Amphitheater on Saturday, October 1st 2022 featuring the masters of chaos themselves, Slipknot and they are joined by the heavy metal band, Ice Nine Kills, and the metalcore band Crown the Empire. Grab some tickets and get your Rocktober started the right way! 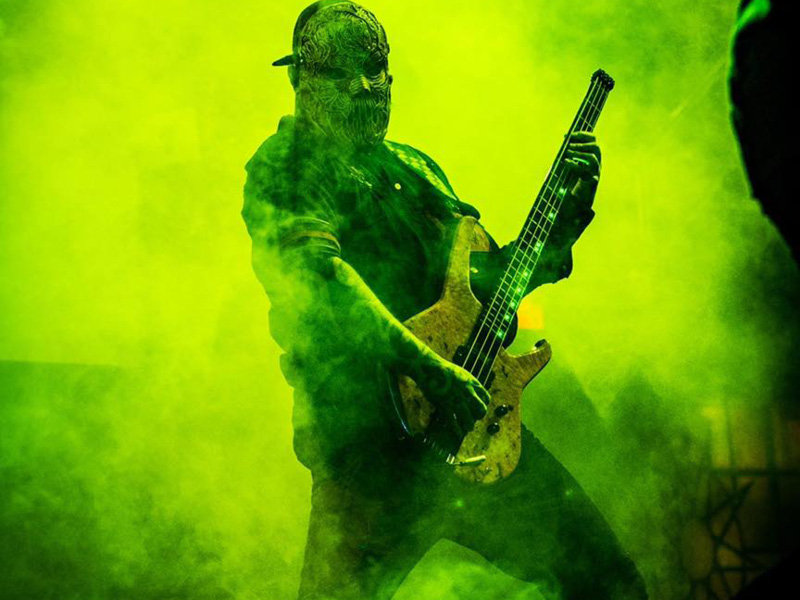 Slipknot have extended their ongoing “Knotfest Roadshow” tour with a newly announced Fall 2022 US leg, hitting the road, rolling, in late September, the traveling carnival initially started off in March and featured, In This Moment, and, Jinjer, while the second leg hosted Cypress Hill and Ho99o9. Slipknot have stayed busy on the road this year, however, they’ve been relatively quiet on the studio front. Last November, the group released a new song, “The Chapeltown Rag,” which marked their first bit of music since 2019, when they dropped their most recent album, We Are Not Your Kind.

From Boston, Massachusetts, horror-inspired, Ice Nine Kills formed in 2000 and developed into what they term as “Theatrecore” eventually releasing their sixth studio album, The Silver Scream 2: Welcome to Horrorwood, in October 2021. Peaking at number 18 on the Billboard 200 and number 1 on the Hard Rock Albums chart, it has become the band's biggest commercial success.

With one EP and four albums, Crown the Empire, have blazed a post-hardcore lane right out of Dallas, Texas into the big world of rock, but the band have stayed true to their home state, releasing the acoustic compilation album, 07102010, to commemorate the 10-year anniversary of the band's first show at Compass Church in Colleyville, Texas. They released their latest album of new music, Sudden Sky, back in July 2019 charting at number 15 on the Top Alternative Albums and number 13 on the Top Hard Rock Albums charts.