Alright Albuquerque! Are you ready? I SAID, ARE YOU READY? ARE YOU READY FOR METAL!? Megadeth present The Metal Tour of The Year! Joined by co-headliners Lamb of God with additional support from Trivium and In Flames on Monday July 20th 2020, it will hence forth be known as, Metal Monday! Buy your tickets right now, these will sell immediately and you. Do. Not. Want. To. Miss. Out! With a grand total of 45 albums, over 19 Awards and 15 Grammy Award nominations these bands together represent the best of the Metal world right now! 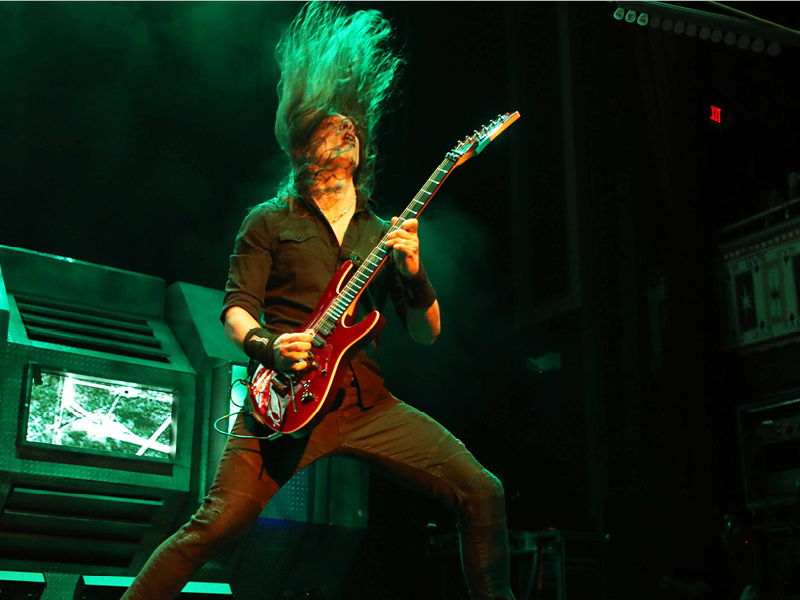 Megadeth are Guitarist Dave Mustaine and bassist David Ellefson, and now with Kiko Loureiro heavy metal guitarist and Dirk Verbeuren on drums. Megadeth have sold more than 38 million albums worldwide, receiving numerous nominations and awards, including a 2017 Grammy for Best Metal Performance. The tour marks Megadeth’s first North American run since 2017 and follows Dave Mustaine’s diagnosis and recovery from throat cancer. Megadeth is regarded as one of the core founding groups of thrash metal, along with contemporaries Metallica, Slayer, and Anthrax.
Lamb of God are bassist John Campbell, vocalist Randy Blythe, guitarists Mark Morton and Willie Adler, and new drummer Art Cruz. They have 5 Grammy Award nominations and have won 5 Metal Hammer Golden Gods Awards. Their new self-titled album, Lamb of God, will be released on May 8.
Trivium are currently Guitarists Matt Heafy and Corey Beaulieu, bassist Paolo Gregoletto and drummer Alex Bent. The band has sold over one million albums worldwide and was nominated for a Grammy for the song "Betrayer".
In Flames are lead guitarist Björn Gelotte, Singer Anders Fridén, guitarist Niclas Engelin, bassist Bryce Paul and drummer Tanner Wayne. They have been nominated for three Grammy Awards and won two for their albums Soundtrack to Your Escape and Come Clarity.