Are you ready to party? Pitbull is coming to Isleta Amphitheater on Thursday 16th September 2021 on his I Feel Good Tour and it's gonna be one hell of a show! The superstar rapper is well-known for his larger-than-life, colorful concerts that drive the crowd wild with high energy from both Mr. Worldwide and his six-woman dance crew The Most Bad Ones! He's also known for his incredible collaborations and this tour will see him bringing Aussie rap sensation Iggy Azalea along as a special guest support act! 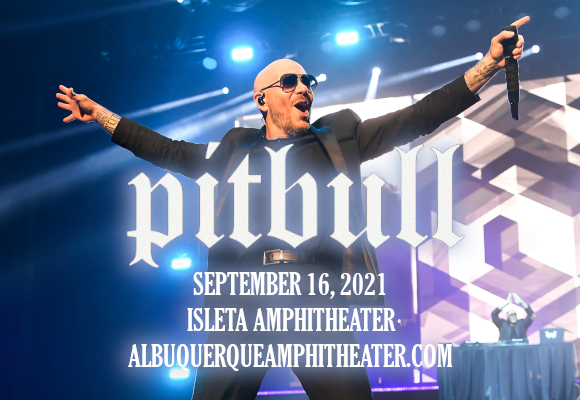 In the two decades that he's been performing, Pitbull has gone from moderately successful reggaeton rapper to a multi-award-winning, chart-topping force to be reckoned with! Since debuting in 2004 with his first album, M.I.A.M.I., he has sold over 25 million studio albums and over 100 million singles worldwide. So far in his career, he has over 200 music videos, over 300 singles (including features), over 1,000 songs (in total), and has been involved in more collaborations than any other music artist. Pitbull is a 35-time Billboard Latin Music Award-winner, and he was ranked by Billboard as the 45th Top Artist of the 2010s and the 24th Top Latin Artist of the 2010s. His two biggest, chart-topping singles – "Give Me Everything" ft.  Ne-Yo, Afrojack and Nayer (2011) and "Timber" ft. Kesha (2013) – are two of the biggest-selling singles of all time in the US, and "Timber" topped the charts in twenty nations including the US and UK.