Fans of Slipknot, the waiting is over!! The band end their one-year hiatus with an explosive return to the road!! Hot on the heels of their latest single, they’ve announced a HUGE tour across the United States with Volbeat, Gojira and Behemoth!! Get ready for the Knotfest Roadshow, coming to the Isleta Amphitheater on Saturday 3rd August 2019!! Every Albuquerque metalhead will be scrambling for tickets, so make sure you get yours QUICK, while they last!! 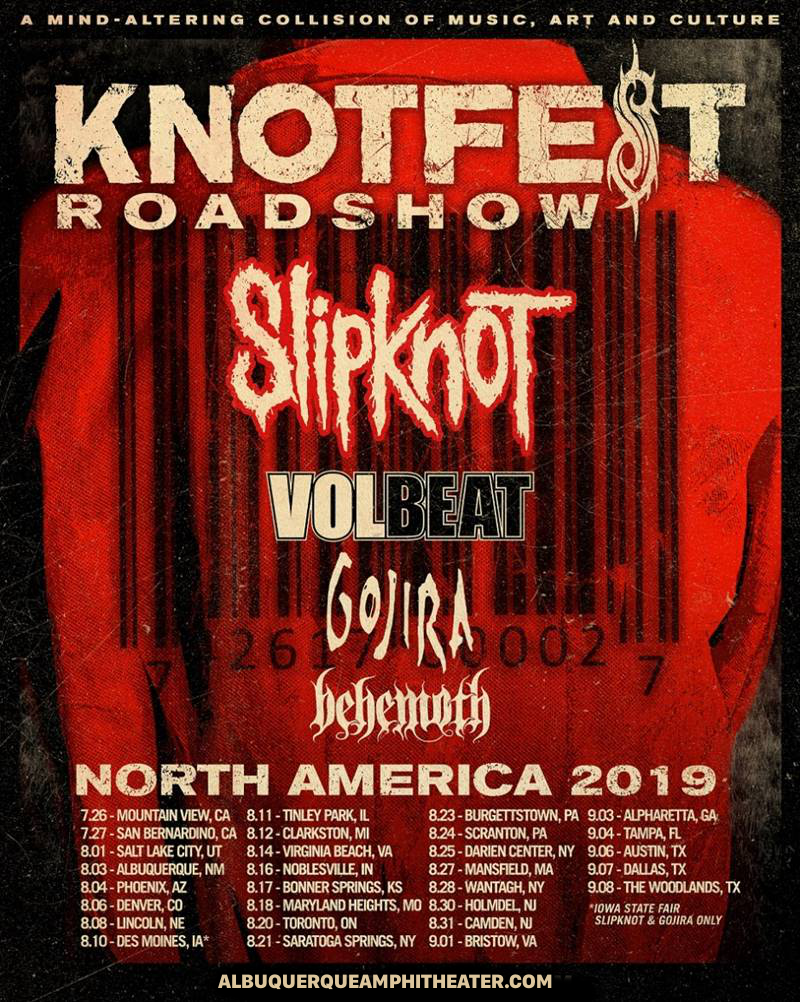 Slipknot’s announcement comes after the release of the aggressive single “All Out Life,” fans’ first hint at what to expect from the album yet to come. The single has been well-received by fans and critics alike, with many commenting on the heavy nature of the song, harking back to some of Slipknot’s earlier material on the album “Iowa,” exciting news for fans of that album.

"There's an intensity that outstrips pretty much anything from the last three records, with a streak of venom running through it that could have been vomited forth from Iowa,” said NME of the song, and in an interview, frontman Corey Taylor confirmed that fans can expect Iowa-levels of heavy in the upcoming record, reflecting on some of the darkest times in the singer’s life. “It’s gonna be evil,” was his simple description in an interview. “It’s going to be ridiculous, let’s put it that way.”

Are you ready to experience the heaviest and darkest sound of Slipknot yet LIVE?? Then what are you waiting for?? Grab those tickets NOW while they last!!