There is no need to Meet in Virginia and Drive By across state lines just to catch Patrick Monahan and the rest of his band Train performing in a night of epic rock music and memorable performance. The multi-GRAMMY and Billboard award-winning band from San Francisco will be stopping at Isleta Amphitheater, New Mexico, this Saturday, July 23, 2022, as part of their AM Gold Tour. Together with singer-songwriter Jewel and the American band Blues Traveler, Train is expected to set the stage of the famous amphitheatre in Albuquerque on fire with the anticipated performances of their countless hits and new songs from their 2022 album AM Gold. Both fans and critics are already raving about this tour. So secure your tickets by clicking "Buy Tickets Now!" 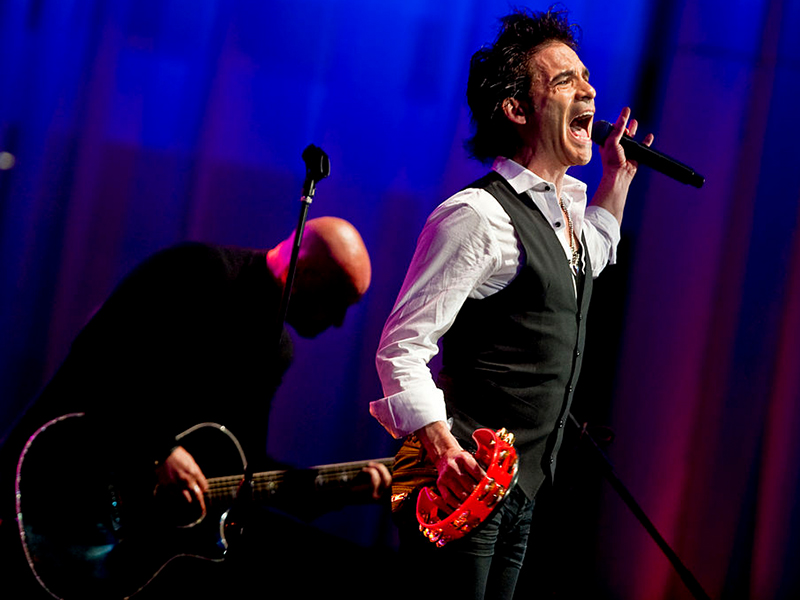 Having 14 songs on Billboard's Hot 100 list since the release of their debut self-titled album, Train is one of the very few rock bands that have maintained their prominence in the music scene over the years. The Grammy multi-awarded band rose to rock music stardom after 2001's Drops of Jupiter became a certified 6X platinum album with its carrier single winning the 2001 GRAMMY Award for Best Rock Song. Over the years, Train fans enjoyed a number of Billboard hit singles such as "Meet Virginia," "Drops of Jupiter," "Hey, Soul Sister," "50 Ways to Say Goodbye," "Marry Me," and many more.

Now, the band is back on the road for their North American Summer 2022 tour, which will kick off on June 8, 2022. Over 30 cities will be included in the tour, which will also feature the Grammy-nominated singer-songwriter Jewel and platinum rock band Blues Traveler. Jewel was active and prolific during the '90s and early 2000s with her unique sound and musicality. She is most known for her song "Who Will Save Your Soul." Blues Traveler, on the other hand, is most notable with the Top 40 singles under their belt, which include "Run-Around," "Hook," and "But Anyway."

The tour's stop in Albuquerque this Saturday, July 23, is something that fans from all over New Mexico look forward to, most especially that the last time Pat Monahan and his bandmates were in the city was still in 2017! Thus, this concert is expected to make the city's summer even hotter. So hurry now and book your tickets as you don't want to miss this epic concert!