Jason Aldean: Back In The Saddle Tour Tickets

What better way to begin Rocktober than with some good old-fashioned country rock. It’s time to get back in the saddle with Jason Aldean, Hardy & Lainey Wilson and get rockin' that horse down to Albuquerque, New Mexico. Jason Aldean: Back In The Saddle Tour rides into Isleta Amphitheater on Friday, October 1st 2021 with two very special friends, Hardy & Lainey Wilson. Grab your tickets now, a tour this size is going to sell fast, and you do not want to miss it, Jason is ACM reigning Artist of the Decade and is well known for his legendary incendiary tours and this one is set to be the biggest yet! 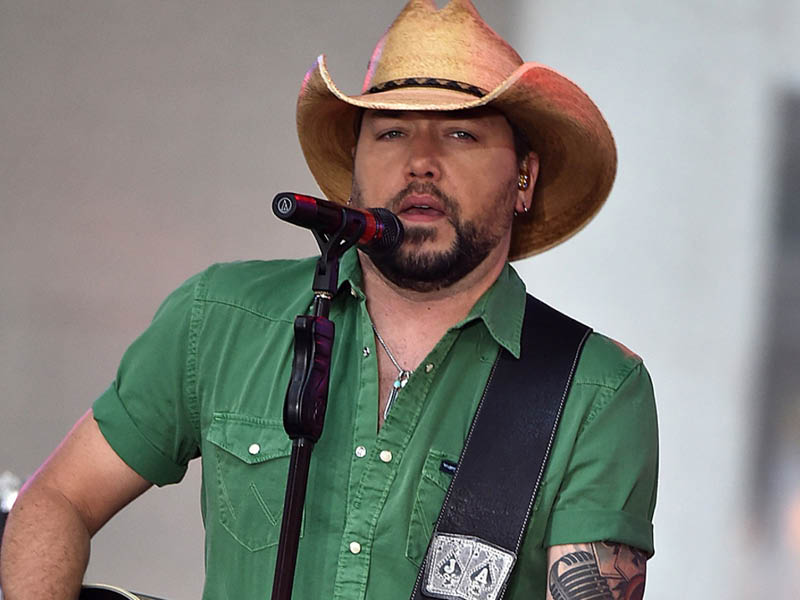 Jason Aldean is a Country music superstar, with 23 Number Ones, and all eight of Aldean’s previous studio albums having been certified Gold or Platinum by the RIAA. He’s the only Country act in history to top the all-genre Billboard 200 four times in a row, racking up four billion streams and more than 18 million albums sold along the way. Jason’s ninth studio album, 9, debuted at No. 2 on the Billboard 200 chart and also debuted at No. 1 on the Top Country Albums Chart.

HARDY puts his signature loud-and-rowdy stamp on modern Country music as both an artist and a CMA and ACM-nominated songwriter. His debut album, A ROCK, released September 2020 is a boundary-pushing collection earning four PLATINUM-certified #1 singles over 18 months. His current Top 25 Single, One Beer, features Lauren Alaina and Devin Dawson.

Lainey Wilson has fast become one of Nashville’s most buzzed about newcomers thanks to a fiery live show, on-stage swagger all combined with her memorable storytelling makes the singer a mainstay on countless artist to watch lists. Wilson describes her music as bell-bottom country. “Country with a flare,” she explains. “Fresh, but also familiar.” Each song blends vivid country storytelling with strong female characters. Her debut album, Sayin' What I'm Thinkin', came out in February 2021 with the lead single, Things a Man Oughta Know, had reaching the top 30 of the Billboard Country Airplay and Hot Country Songs charts.