Waves of excitement are now splashing amidst country-pop music lovers as Lady Antebellum dropped the official word that part of their massive tour de force will be their highly-anticipated concert at the Isleta Amphitheater on Thursday 21st May 2020. “Ocean 2020 Tour” is Lady Antebellum's headlining tour this year which will also feature supporting acts Jake Owen and Maddie & Tae. With a new album in full swing and its lead single “What If I Never Get Over You,” massively streaming in playlists around the world, Lady Antebellum fans will surely come rushing in to grab tickets to their shows. Don't be left behind. Act now and act fast by clicking that 'get tickets' link on this site. Save the date and secure your seat now! 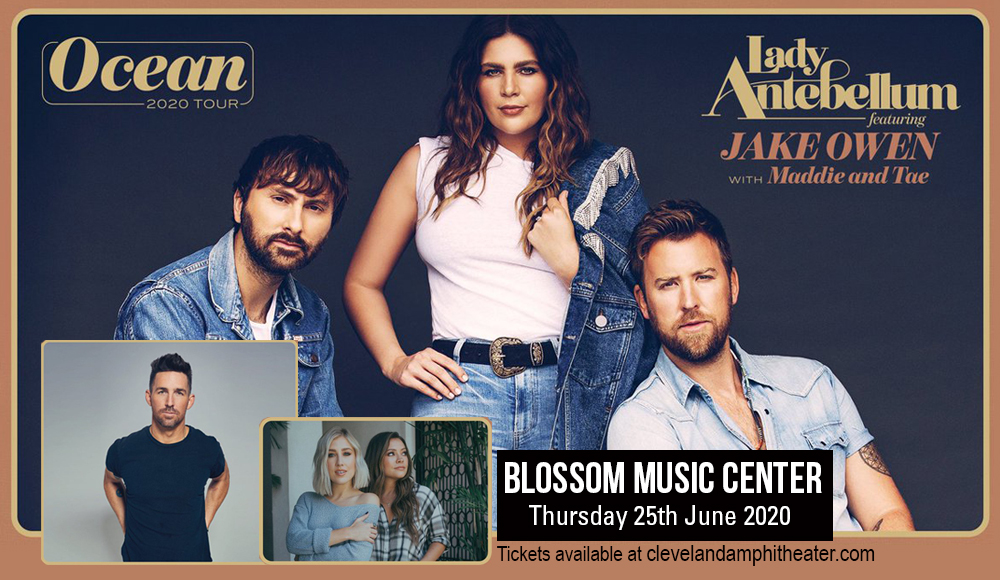 Lady Antebellum was formed in Nashville, Tennessee in 2006. The group is composed of Hillary Scott (lead and background vocals), Charles Kelley (lead and background vocals, guitar), and Dave Haywood (background vocals, guitar, piano, mandolin). They have released six albums to date, with their first three albums are certified platinum or higher The albums have produced sixteen singles on the Hot Country Songs and Country Airplay charts, of which nine have reached number one. Another one of their smash hits is 2011's "Just a Kiss" which reached number one on the Adult Contemporary charts. The group has sold more than 12.5 million digital singles and 10 million albums in the United States, to date and still counting…

Are you ready to dive deep into the hits of Lady Antebellum's “Ocean 2020 Tour” ? Hurry, get your tickets now!