It's been a while since fans have heard from country duo Sugarland, but Kristian Bush and Jennifer Nettles are returning to the road for the first time in two years, and they'll be headed to Isleta Amphitheater on Thursday 18th June 2020! No doubt, the Grammy Award-winning twosome will be performing tracks from their 2018 comeback album, Bigger, and who knows…? They may well have some brand new music in the pipeline too! If you're a die-hard country lover, why not get access to the show as part of the Country Megaticket deal, which includes all this summer's hottest country concerts for one bargain price?! 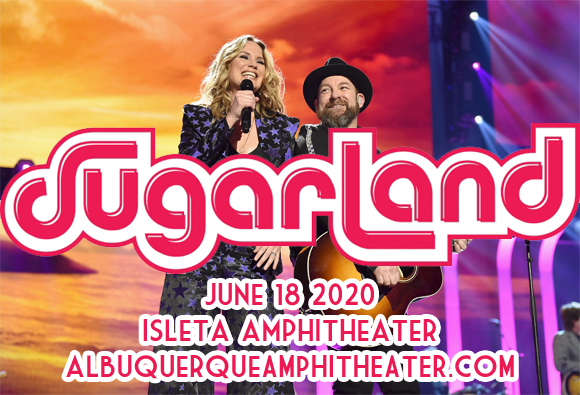 Country music outfit Sugarland began in 2002 when Atlants folk rock singers Kristian Bush, Jennifer Nettles and Kristen Hall teamed up to form a new band. They're debut album, Twice the Speed of Life, was released in 2004 and propelled them to stardom, peaking at number 16 on the Billboard 200 and number three on the Top Country Albums charts. The trio became a duo (Bush and Nettles) and continued to make waves in the country music scene with three more studio albums, one Christmas album, and one live album. Over the years, the band has charted fifteen singles on the Billboard Hot Country Songs charts, including the number-one singles "Want To", "Settlin'", "All I Want to Do", "Already Gone", and "It Happens". After a four year hiatus from 2012 – 2016, Sugarland reunited in 2017, and released their sixth studio album, Bigger, in 2018, which debuted at number two on the Top Country Albums chart.